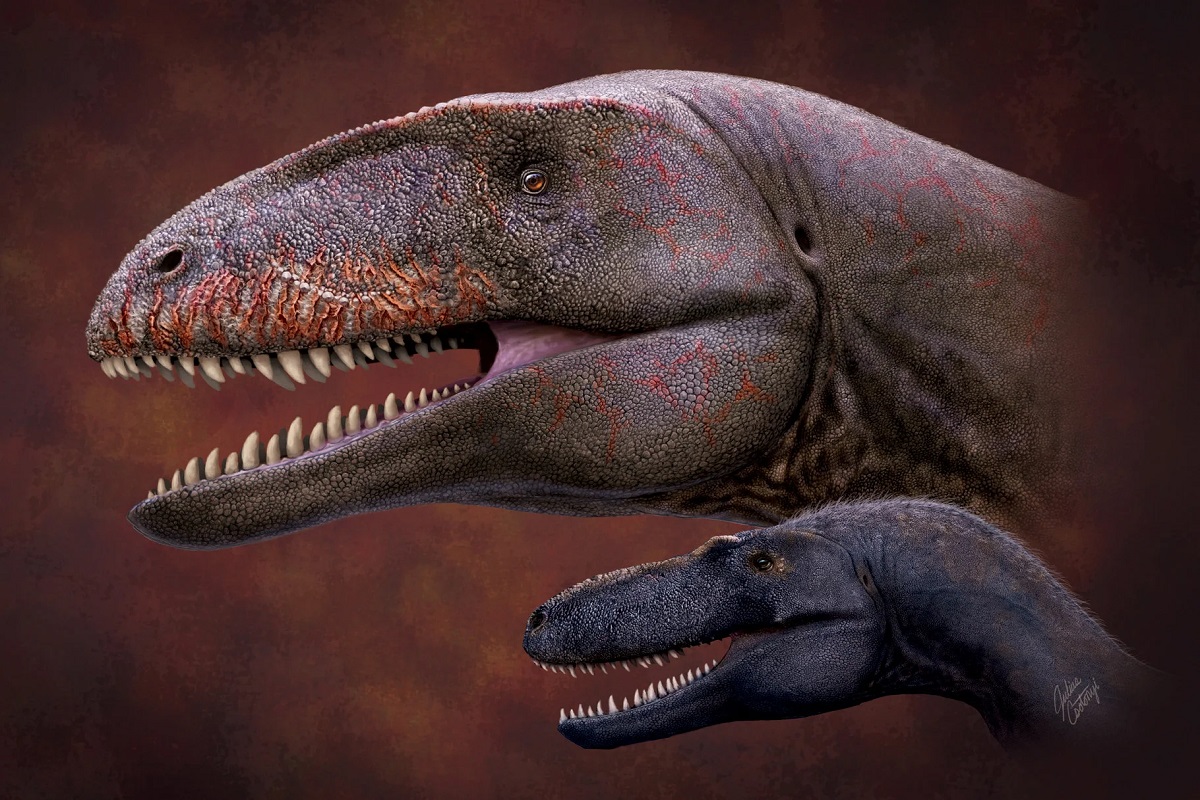 Introduction: Dinosaurs are one of the most fascinating creatures to ever walk the earth. They had a wide variety of teeth, but what if they had more?

Name: The genus name, Nigerosaurus, is derived from the Arabic word for “Niger”. The species name, sauropodomorphs (meaning “lizard-like Sauropod”), refers to its similarity in form to these ancient giants.

Size and Weight: This animal is about 30 feet long and five tons.

Distinguishing Characteristics: The neck of the animal is relatively short, and it has hundreds of sharp teeth in a wide jaw.

Time period: Aptian or Albian of the Cretaceous.

The name Nigersaurus means “Niger’s Lizard” or “Niger reptile”, and it was one of the oldest dinosaurs ever found. Nigersaurus is a large, plant-eating dinosaur. The genus is a Diplodocus-like sauropod dinosaur that lived during the middle Cretaceous period, about 119 to 105 million years ago.

A new, previously unknown dinosaur has been discovered in the Elrhaz Formation in an area called Gadoufaoua, in the Republic of Niger. The fossils of this dinosaur were first described in 1976 but it was only named after more complete remains were found and described.

The genus Nigersaurus contains a single species, Nigersaurus taqueti, named after French palaeontologist Philippe Taquet. The first remains of this species were discovered by Taquet.

The skull of the feeding animal was very specialized for eating. It had four large openings on its skull, which let it feed easily. The thin bones made it easy to move around and eat what was in front of it.

The creature’s muzzle was wide and filled with hundreds of sharp teeth. These were replaced every fourteen days.

Nigersaurus had teeth that extended laterally across the front of its mouth, much wider jaws than other tetrapods, and a keratinous sheath around its jaws.

The teeth of the dinosaur Nigersaurus were highly asymmetrical, with ten times more tooth thickness on the outwards facing side than on the inner side.

Nigersaurus was a four-legged dinosaur with a small head, thick hind legs, and a prominent tail.

Among the clade of dinosaurs that included Nigersaurus, it was a fairly small dinosaur with a body length of only 9 m (30 ft) and a femur reaching only 1 m (3 ft 3 in).

Rebbachisaurus was a large sauropod that weighed around 4 t (4.4 short tons). It had a short neck and thirteen cervical vertebrae. Nearly all rebbachisaurids had relatively short necks and were only 10 m (33 ft) or less in length. The only member of the family that reached the size of larger sauropods was Rebbachisaurus.

Our first week in the field has been fruitful! We’ve made remarkable discoveries around every dune. On our first day, we found bones of the long-necked dinosaur Nigersaurus. Nigersaurus, you might remember, was named for bones collected on the last expedition here three years ago. This sauropod (long-necked dinosaur) has an unusual skull containing as many as 500 slender teeth. A major goal of this expedition is to find the rest of this unusual dinosaur so we can describe it and reconstruct it for everyone to see.

Who named the Nigersaurus?

The first bones of Nigersaurus were gathered in the 1950s by French scientists, but it wasn’t until 1999 after Sereno’s colleague Didier Dutheil saw skull bones that the species was named. The name is based on Philippe Taquet, who worked on Nigersaurus before.

Sereno of the College of Chicago said on Monday that Nigerosaurs, which had the long neck of a Diplodocus and up to 1,000 teeth in its unpredictable jaws, were found in West Africa. The bones of the 1,000-toothed “lawnmower” which scythed across west Africa were discovered first by a French analyst.

Which dinosaur is still alive?

Other than birds, there is no proof that any dinosaurs, like Tyrannosaurus, Velociraptor, Apatosaurus, Stegosaurus, or Triceratops are currently alive. These and any remaining non-avian dinosaurs became extinct about 65 million years ago.

What dinosaur has the longest name?

The longest dinosaur name of all is “micropachycephalosaurus,” which means “little thick-headed lizard.” It’s a vault-headed little dinosaur.

Yes, in reality, scientists will get closer to understanding the essence of the earth by 2050. They tracked down a pregnant T. rex fossil and had DNA in it which is uncommon and this helps researchers make progress towards cloning a Tyrannosaurus rex and other dinosaurs.

Can we make dinosaurs?

Recent examinations have shown that DNA weakens and eventually deteriorates after around 7 million years. Uncovering a fossil today would result in any dino-DNA inside having long ago self-destructed. This implies, supposedly, or at least in any event, utilizing the best innovation available today it is impractical to make a dinosaur from its DNA.

Has a dinosaur egg been found?

Granger finally said, “No dinosaur eggs have ever been found, yet the reptile presumably did lay eggs. Anyway, during the 1990s, Historical center undertakings found indistinguishable eggs, one of which contained the undeveloped organism of an Oviraptor—similar to dinosaurs—which changed researchers’ perspective on which dinosaurs laid these eggs.”

Who found the first dinosaur?

The first dinosaur depicted deductively was Megalosaurus. English fossil tracker William Buckland discovered a few fossils in 1819, and he ultimately named them in 1824.

What dinosaur has 1000 teeth Tiktok?

The Nigerosaurs, a group of sauropods that lived between 90 million and 100 million years ago, had jawbones that stumbled into their face from one side to another. This made them look somewhat like the mouth of Wallace the Plasticine character.

What If Dinosaurs Had 500 Teeth?

If dinosaurs had 500 teeth, it is likely that their bite would have been much more powerful. This would have allowed them to consume larger prey and survive in harsher environments. Additionally, it is possible that they may not have needed to wear down their teeth through chewing as much, as they would already have a lot of them.

Dinosaurs were amazing creatures with a wide variety of teeth. However, if they had more teeth, what might have happened? We will never know, but we can guess.